How To Beat The Summer Heat When Camping 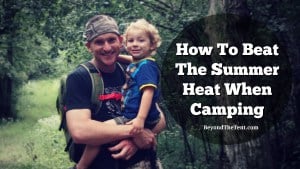 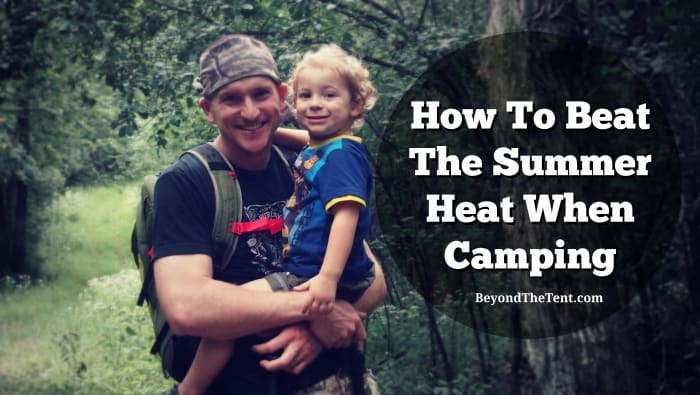 A few weeks ago we spent a weekend camping at Willow River State Park just over the Wisconsin border. We had a great time with a few good friends, spent time at the lake swimming and paddle boarding and even took a nice hike to the waterfall and cooled off perfectly under the falls.

The Waterfall Was Fantastic 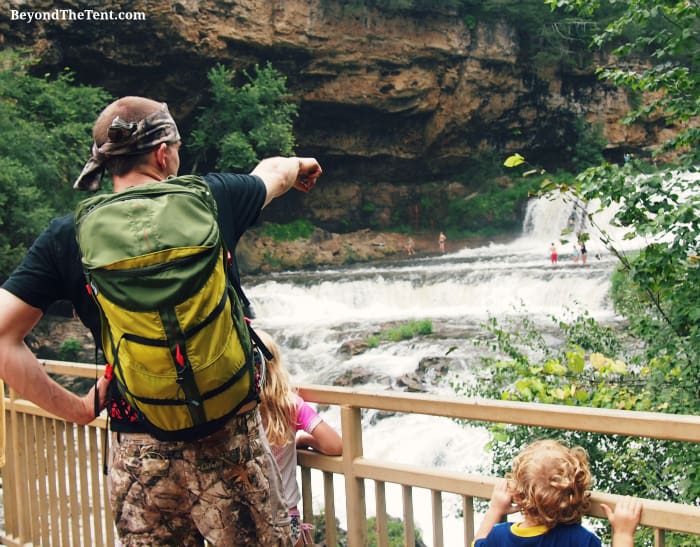 We had tons of fun during the day, but our problems began at night. We were camping in our camping trailer in a non-electric camp site and it just happened to be one of the hottest and most humid weekends of the summer. On top of that, there was absolutely no breeze.

This is one of the first times that we realized just how few windows our camper had. With 5 kids ranging from 2-15, our first night was filled with hot, sweaty, crabby and non-sleeping kids. It was enough to make us consider calling it quits on the weekend early.

After the next morning finally came we realized we needed a solution to stay cool while camping that was not dependent on us having electricity, so I jumped in the truck and headed to Cabela’s. 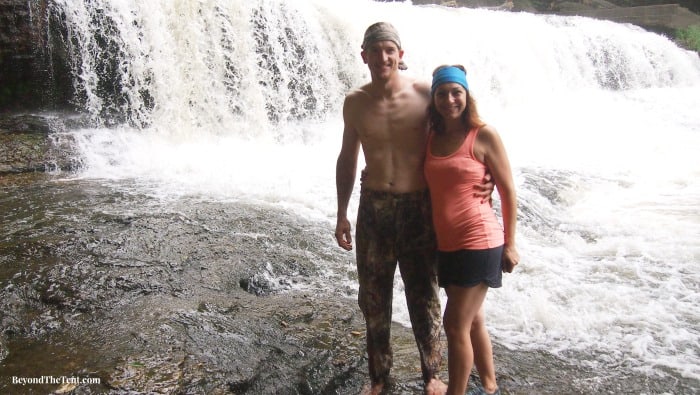 I needed some quick ideas that would keep us cool that night and help everyone to get some sleep. I told the guys at Cabela’s my problem and they first pointed me to the Coleman CPX Fan/Light Combo. This is a battery powered camping fan with a built in light. It has a hook on the back so you can hang it in your tent (or in our case, trailer) as well as a magnetic attachment and runs off either 4 D batteries or Coleman’s rechargeable battery pack. It looked like exactly what we needed, and at only $33, I bought two of them. 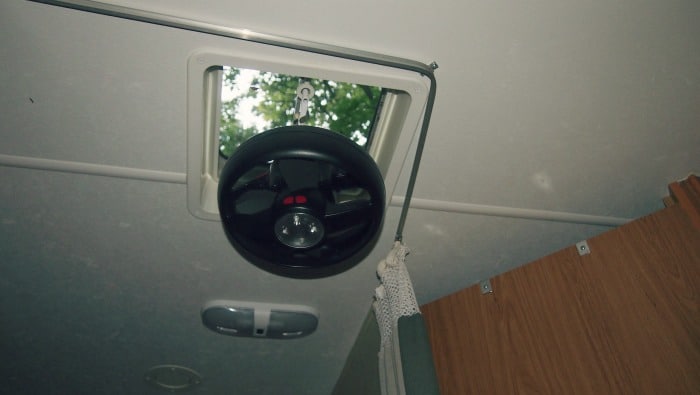 Next, the guys pointed me to some Enduracool towels from Mission, these are $14.95 online at Amazon. These are microfiber towels that you wear around your head, neck or wherever and will keep you cool for over 2 hours when wet. Admittingly, I was a skeptic of this towel. I wondered how it could be better than any old towel I could wrap around my head, but the guys at Cabela’s insisted that they worked amazingly, so I bought a handful for the family to try out.

Last, I stocked up on a few other supplies for our weekend without power which included batteries, a new lantern and plenty of water. Now it was time to put my new toys to the test.

Putting Them To The Test

When I returned to Willow River we immediately put the Mission Enduracool towels to use and it turns out they are much more than just a simple wet towel. I wrapped my towel around my head like a camo karate kid (which I just watched last night and still loved). According to Mission, the Enduracool towels cools to 30 degrees below your average body temperature. The claim is that their technology causes the water molecules to circulate in a way that causes them to be cooler and evaporate slower, not to mention the camo bandana makes you look like a total badass.

The kids all wrapped their towels around their bodies in different ways and seemed to enjoy them as much as I was. For the cheap price of about $13 for the big towel and $12 for the smaller ones, these provided a very simple, cheap and effective way to stay cool day or night.

At bedtime that night I set up our two Coleman fan’s just below the two main roof vents in our camper. I pointed them up so that they could take the hot air that was rising to the top of the camper and blow it out the vent, thus causing cooler air to enter in quicker through our open windows (remember their was NO breeze). Since there are seven of us, it didn’t seem fair to point the fans at any one particular person and this seemed like a solution that would best benefit everyone. If I had more fans I definitely would have pointed them at the kids to keep them even cooler.

The results that night were significantly better than the previous night. Everyone was still hot, but a tolerable hot and everyone slept decently through the night. A side benefit of the Coleman fans was their built in lights which were a great lantern hanging in the camper at night. On our next camping trips, with or without electricity, these Coleman fans and Enduracool towels are going to be standard gear in our camper. It is also worth mentioning that the Coleman fans are light enough where you could easily hang them from the ceiling of your tent without any problems.

If you have any clever or unique ways of staying cool while camping we’d love to hear them, share your ideas in the comments below.

The waterfalls looked so cool. I'm sure they were great for cooling off. I need to camp more often where there are waterfalls.

Take a water splach before tyou fall asleep. It works good and helps you stay cool throughout the night while on bed. Sleep on soft cotton stuffed blankets.