Surprisingly, the clash between humans and animals rarely ends in human death. The stats of humans killed by animal attacks, bites or stings are incredibly low. Now, data like this may give a false sense of security. When you look at stats where animal attacks result in death you do not get stats on injuries. You don’t see the reports of those on death’s doorstep.

When it comes to the wilderness and those creatures who call it home you must find a balance. Look for a relaxed caution that is bolstered by an understanding of wildlife and which types can cause injuries and possibly death.

Much of people’s fear or carelessness in the woods comes from ignorance. Whether a person assumes the woods are like Bambi or that everything is out to kill them neither can truly enjoy their time. I hope that this look at some of the most dangerous creatures in the woods allows you to get an understanding of what the reality of the wilderness is and what can be done to safeguard yourself. 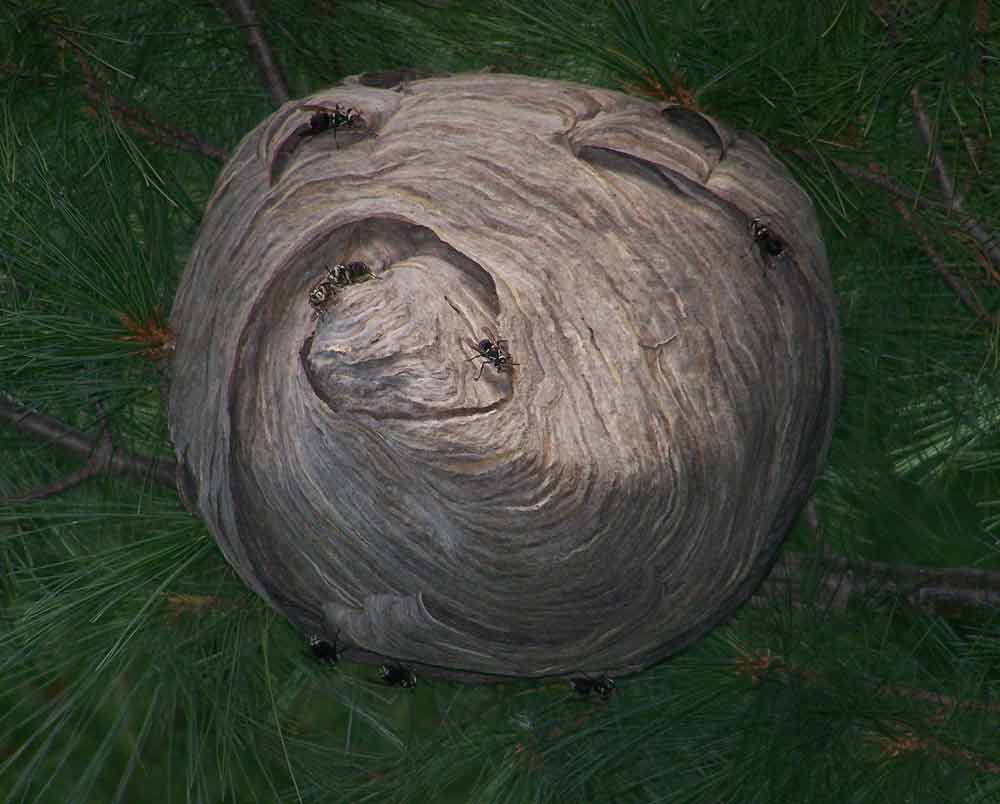 According to statistics, these flying stingers kill about 58 people each year and it puts them at the top of the list as human killing insects. There are many types of stinging bees, wasps, and hornets. Some of these stinging bugs live inside hives while others live in mounds or underground.

Keep your distance from these hives and you will find that bees, wasps, and hornets are pretty easy to avoid. If you have a serious allergy to bee stings you better make sure your EpiPen is always on your person and I mean always. I have rolled up into campsite bathrooms and found full sized wasp nests on the roof. 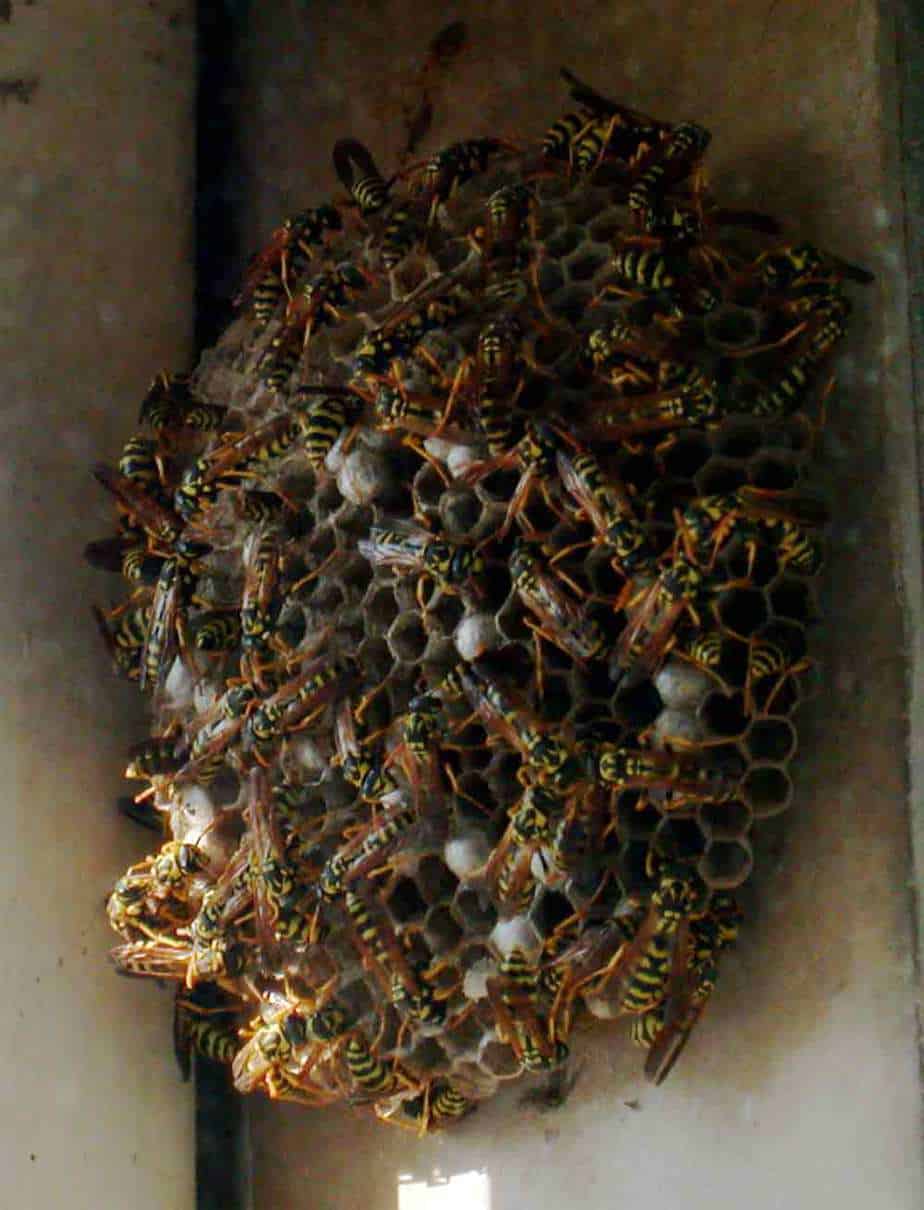 The wonderful thing about these little bugs is that they are loud. They buzz and hum and you can often hear them from a distance. This is particularly true of hornets. I had a hornet hit my sunglasses so hard I flinched. I heard the humming long before I realized what we were walking into. They had taken up shelter in a dying tree trunk on a pretty busy path near the James River in Virginia.

If you are attacked the best you can do is take off. You aren’t going to swat them all away and when they begin to attack they get even more aggressive. Wasps and hornets are the worst because they will not die after a sting and can hit you repeatedly. Head for water or towards a fire. Smoke is a powerful deterrent against these winged insects. 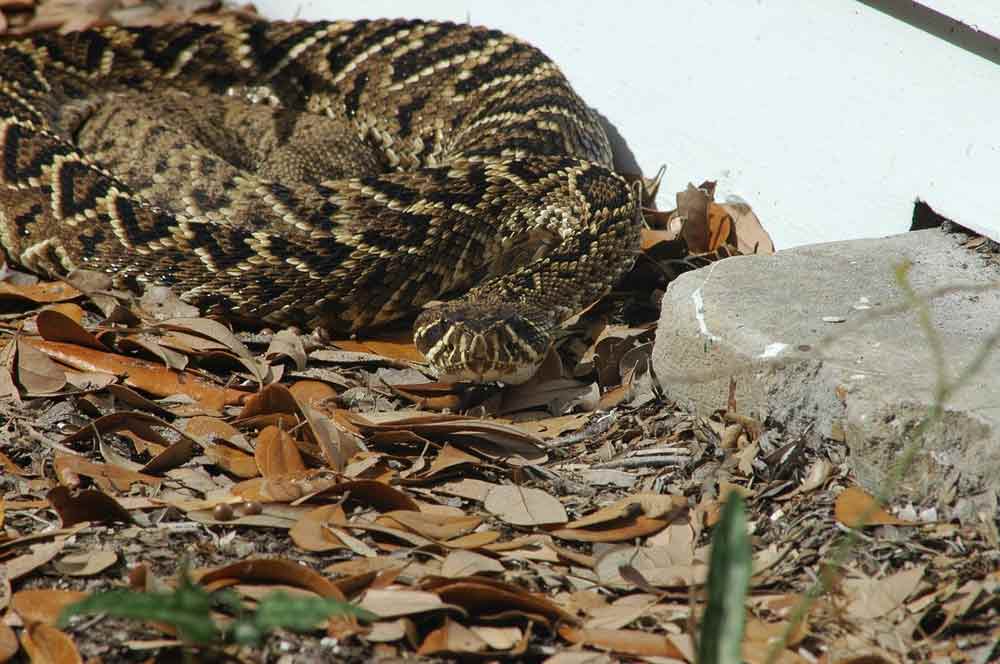 We have eastern and western rattlesnakes in this nation. Both are formidable. The problem is that they tend to enjoy hanging out where hikers and campers frequent. These are cold blooded animals so warm man-made goods and structures are places they like to cuddle up to when it gets cold. Of course, they have the telltale rattle that is often a giveaway when you see this creature from a safe distance. The problem is when the animal is spooked it will bite without warning. This can occur if a snake wanders into your tent at night or even under your tent. Rolling over onto the thing will not prompt a rattle it will prompt a venom injection. 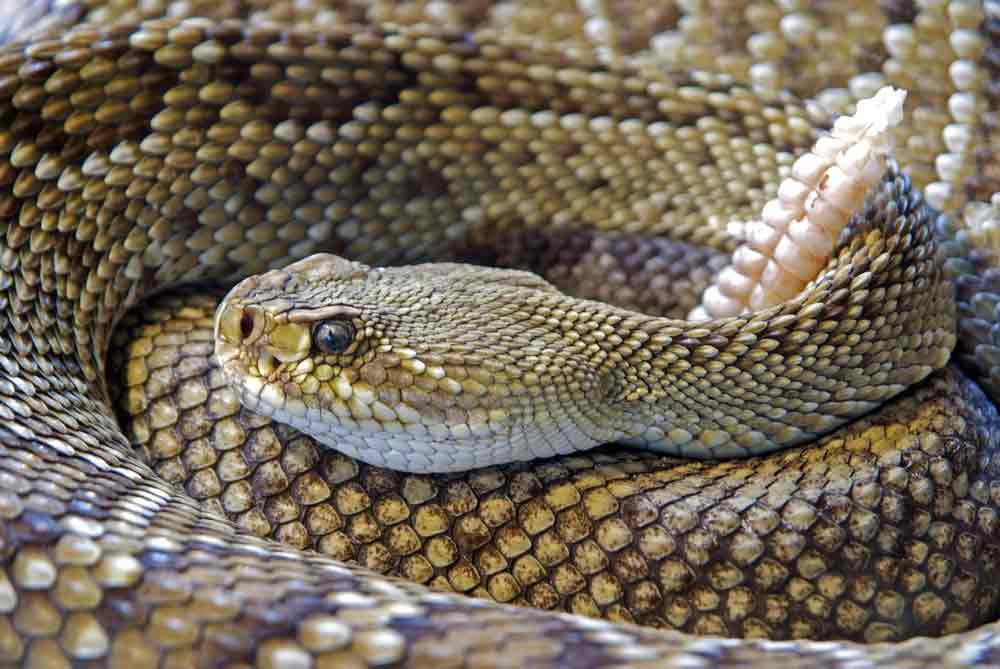 The Eastern and Western rattlers will both require some sort of antivenom if you are bitten. Don’t waste your time cutting an X into your skin and sucking out the blood. Get to civilization as quickly as possible and start seeking out that antivenom. Don’t panic either. Recent studies determined that 6 people die each year from snakes and lizard bites. You’ve got some good odds on your side. Now that doesn’t mean it won’t hurt like hell or do severe irreparable damage.

The trouble with water snakes is that in the north they look very similar. The northern water snake and the water moccasin are nearly impossible to tell apart in motion. If you see this snake from a distance and have time to observe the patterns and the larger head of the viper you could have a chance. If this creature comes writhing out of the water, and they move fast, you will not be able to tell. 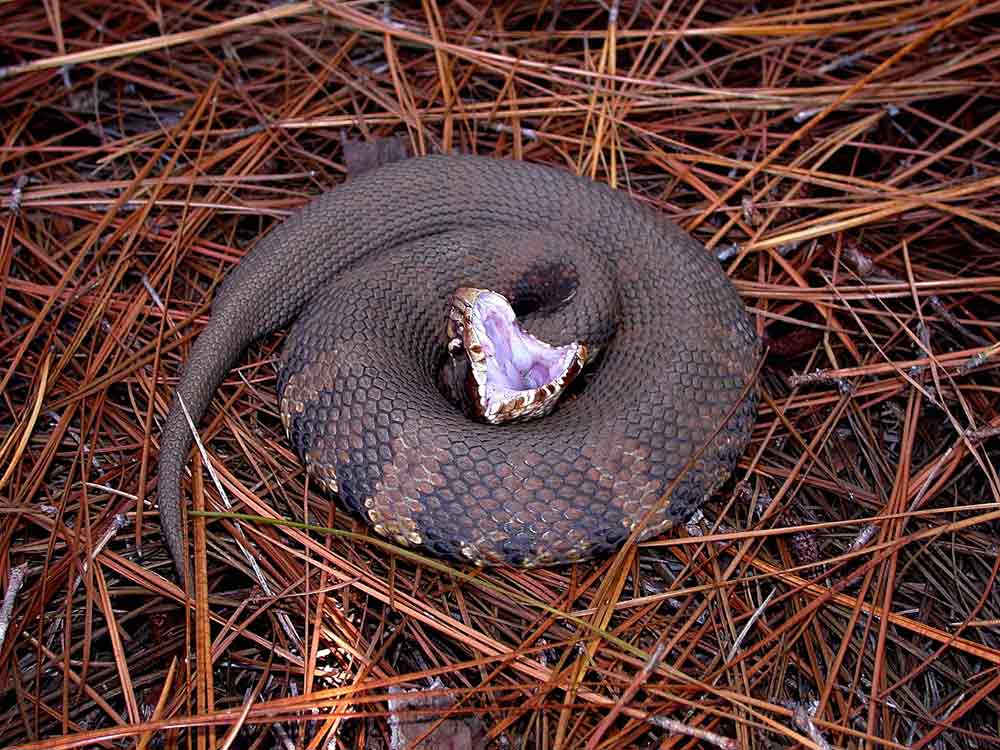 Snakes bite. Some put you in the hospital and some just wound you. Identification becomes an issue when you find yourself bitten and quick action is your only hope for survival. A rudimentary understanding of cottonmouths is very important if you hope to discern them from the non-venomous northern water snake. Take note of the viper style in comparison to the non-venomous northern water snake. 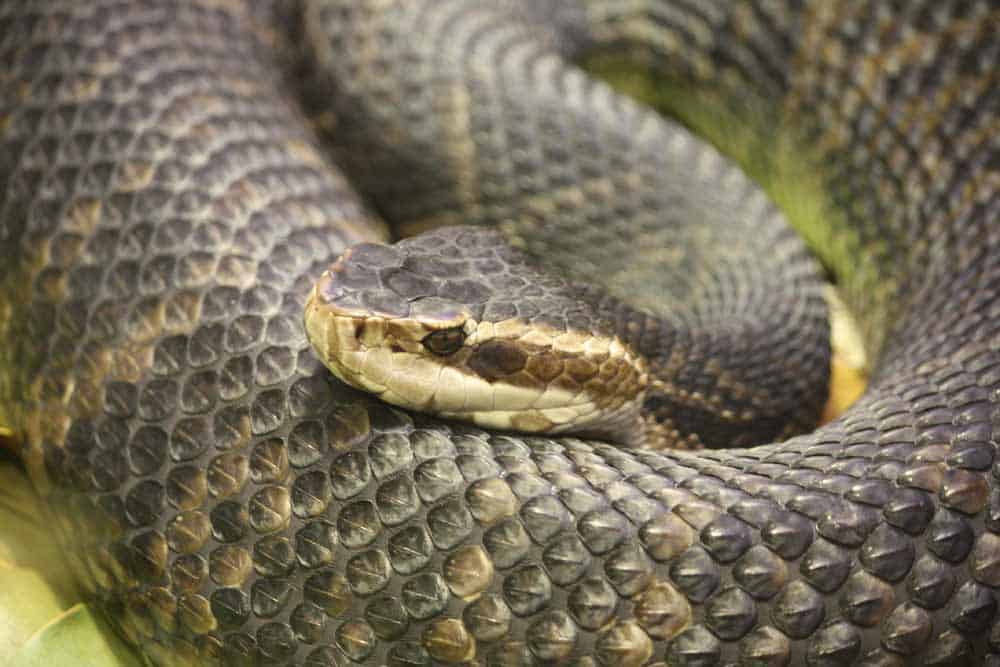 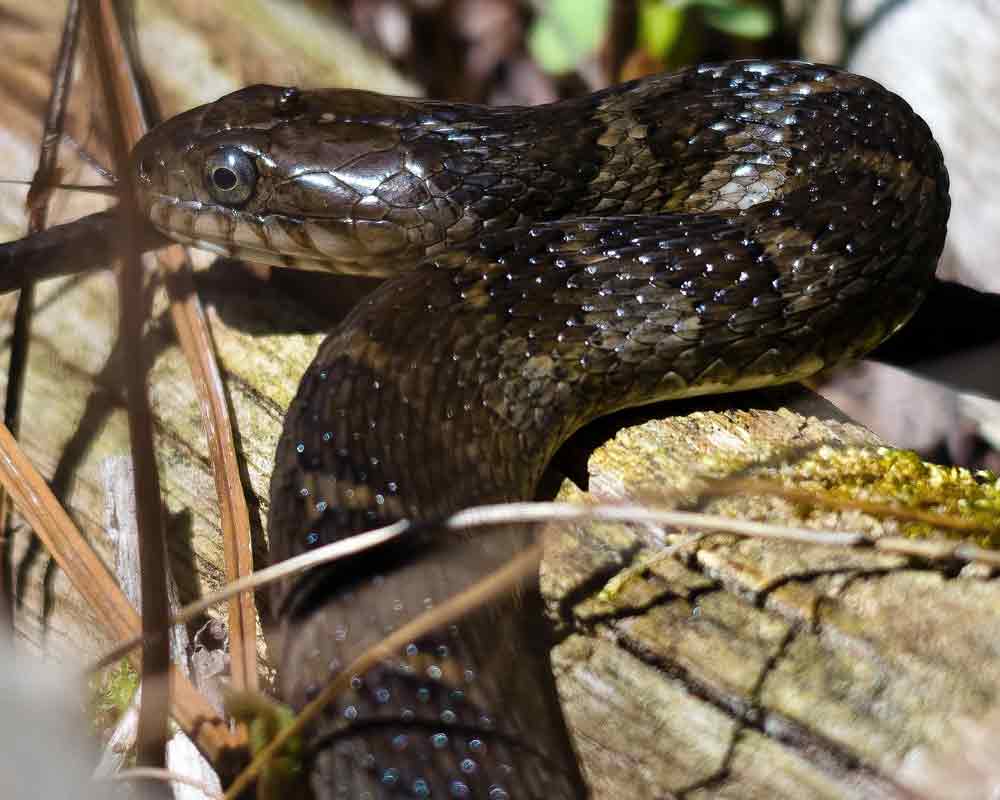 There is really no reason at all to play with snakes in the water. So, keep your distance. Also, watch your step. These snakes can sit on tree roots against a shoreline and appear to be the roots themselves. If you step on cottonmouth roots it’s going to put an end to your trip. 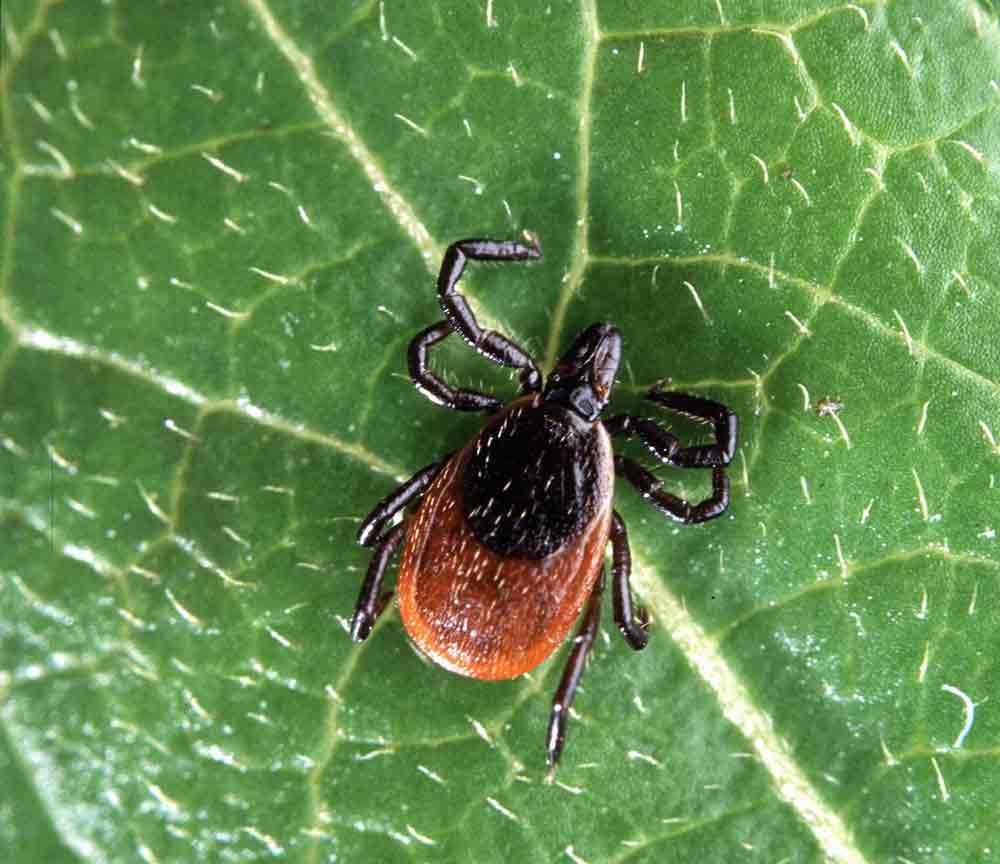 Though the immediate effects of a tick bite can be minimal they can be carriers of a growing list of diseases. The deer tick has played host to the infamous Lyme disease and has recently spawned a new disease that could prove even more terrifying.

A new virus called Powassan has been predicted to become more of a risk in 2017 according to the CDC. The mild winter, forestation, and increase of deer population are apparently to blame. Since there is no vaccine for Powassan you must take your best precautions each time you head out into the woods. For those of us who spend time in the woods, we know that ticks are often a foregone conclusion even with the best bug spray.

If you avoid tall grasses and undisturbed areas you can avoid lots of the ticks. Always use bug spray and remember to do a self-check from throughout the day. Take a moment and listen to your body. Often you can feel their little feet seeking out a nice warm hidden spot to bite you. 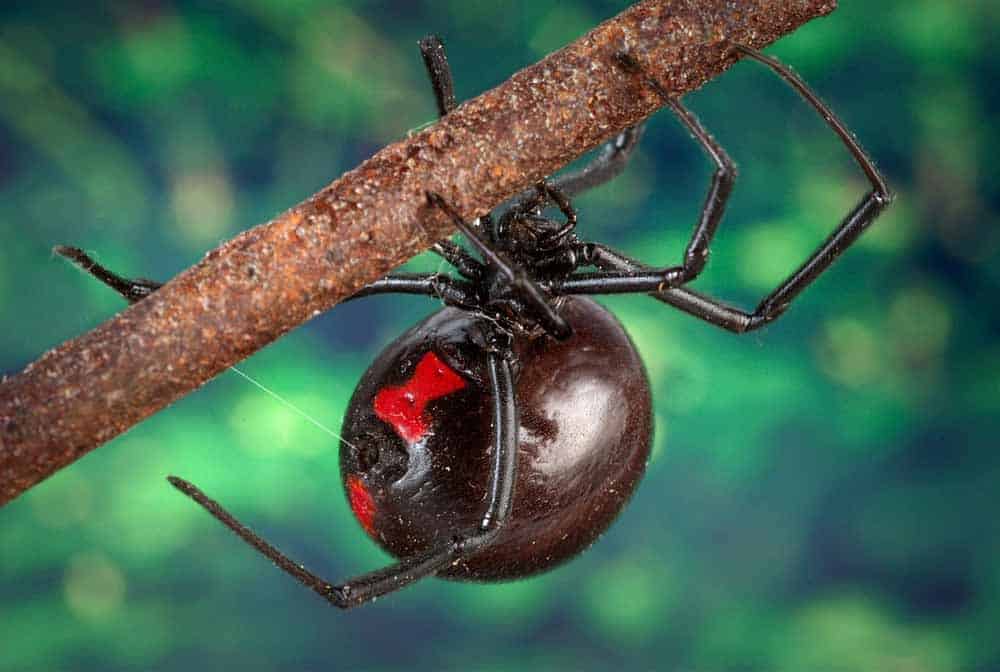 The most venomous creature in North America, this little lady can cause a whole host of problems to anyone who is bit and injected by her powerful venom. The males and the juveniles of this species do not have the venom of the full grown females. That said, recognizing male and juvenile black widows may not be as big a deal but there is probably a poisonous female around them.

Nature was kind to us and made her a very discernable creature with the telltale red hourglass on her underbody. This lets you know to leave her alone. That is, if you are paying attention and looking in the first place. If you reach into a dark area unknowingly you could be bitten. This is particularly true if the area is dark, undisturbed and kept dry.

The pain of the bite is severe due to the presence of latrotoxin and the fact that the black widow has so much to give. They are outfitted with larger than normal venom glands. All of this adds up to a pretty ugly ordeal but rarely a death. Still, it’s an event that can really ruin your camping trip. 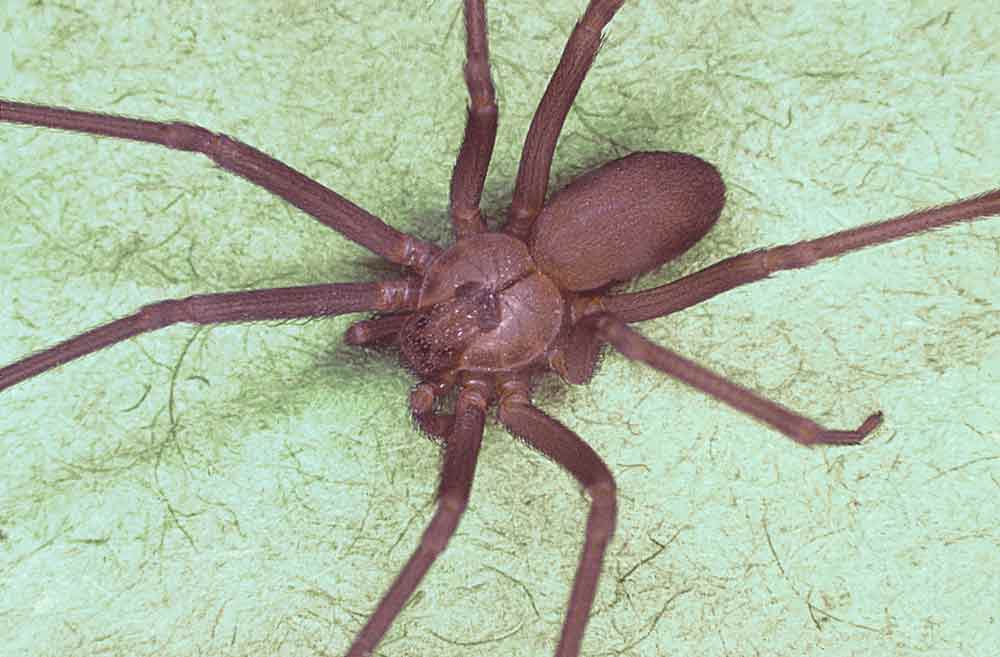 These well-known spiders love to spend time where we don’t. These spiders make a home in dead tree bark in the wild and leave the web to hunt at night. They prefer dry, undisturbed areas like many spiders. The brown recluse is tight to its geographical habitat. If your state is not in that map you are most likely safe. Apart from small collections of these spiders that occur from shipping them around, they do not have population growth outside their area. 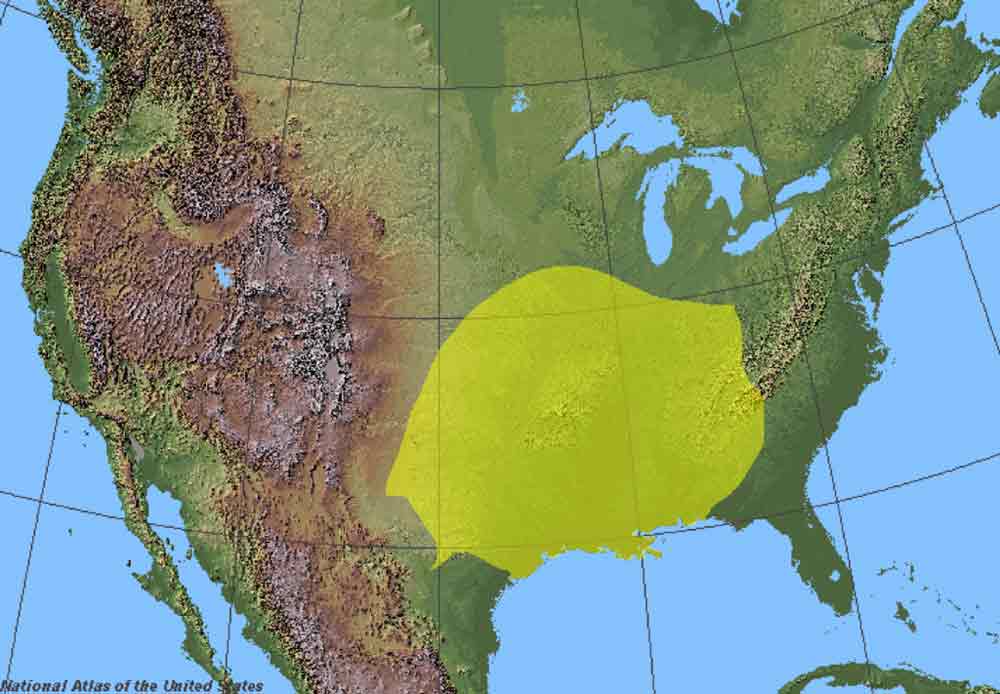 All the fuss comes from its necrotic bite. The brown recluse attacks with a powerful hemotoxic venom that has the potential to eat away at flesh and in the worst cases it can burst red blood cells. Skin necrosis is said to occur in about 37% of victims.

Though the bites from a brown recluse are rarely deadly, this is not a creature you want to tangle with.

The hobo spider is a creature that is hard to identify and hotly contested on its levels of aggression as well as its venomous bite.

They are funnel weaving spiders that can be very aggressive when protecting egg sacs. There is not a lot of information on these spiders other than the myths you hear about them. They are not a problem in the way that black widows or brown recluse would be considered. Despite what you may read on forums the jury is out on the dangers of the hobo spider and the general scientific consensus is that it’s not a spider to be feared any more than a common spider. Will they bite? Yes. Will they inject you with necrotic venom like the brown recluse? No.

By this point, you have come to understand that undisturbed areas make great places for highly venomous threats to seek shelter. This is primarily because they don’t want to bite anyone. In fact, they’d rather be left alone to hunt prey with their venom rather than warn humans to stay away with it. There is a lot of truth to what your parents or grandparents used to tell you about snakes and spiders being just as afraid of you as you are of them. We kill everything! They know it and they avoid you.

In the end, there are two necessary pieces to avoid venomous, disease-carrying, biting and stinging creatures.

Number two is always be looking. Don’t bury your head in a phone while you hike a mountain top trail. A little situational awareness can make all the difference.

Have a story about happening upon one of these venous creatures on your adventures? Leave it in the comments below.

What other camping survival tips would you like to hear about? Name the topic and we will create a great article to answer your questions.