On our way up to the cabin we stopped off at Cabela’s to get a few things. Like life jackets for the family and Ryan “hooked” us up with some new fishing pole gear and got our poles ready for action.

I had picked up a few new fishing poles from Cabela’s while I was Father’s Day shopping with the kids. I figured an entry level pole would be great for the family. We aren’t huge fishermen and until we catch something over 2 pounds I think keeping it simple is the way to go for now.

For the 4th of July Holiday Weekend we hauled the camper and kids up North to my Dad’s cabin on Bay Lake. The ladies and I decided to take the boat out to see how many fish we could catch with my new poles.

I was excited to get out onto the water. It was a beautiful day with the sun high in the sky and a slight wind keeping us cool. The girls and I found ourselves in a pocket across the lake from the cabin. I volunteered to hook the first Leech.

Girls Can Do GROSS Stuff, Too

I was ready to dig my hand right into the bowl of leeches, but once they started jumping out of the container I changed my mind! I tried to hook them without touching any of them.

I learned a great trick to hooking your leeches… let it swim out of the counter on their own (no need to touch it) and let it sit on the table for a bit. It will start to dry up and at that point the wiggles slow down and I was able to hook it without any issues. I even touched it a little once it dried up.

Now, it was time to get a big one! I was the first one to catch a fish and it was a nice sized bass. We usually catch and release, but Ryan got a new fillet board and knife when we were at Cabela’s. This time our plan was to get as many as we could, so Ryan could clean them up.

What a great way to bond with your family! We had to work as a team to anchor the boat, bring in the fish, unhook them, cut lines, string the keepers and baiting the hooks it was a BLAST!!

My goodness it was as though we had hit the Mother Load! There was a boat of men waiting for us to call it a day, so they could slip into our spot.

The Girls Can Fish

We used up all the leeches! The fish were biting like crazy, lucky for us we had backup bait. 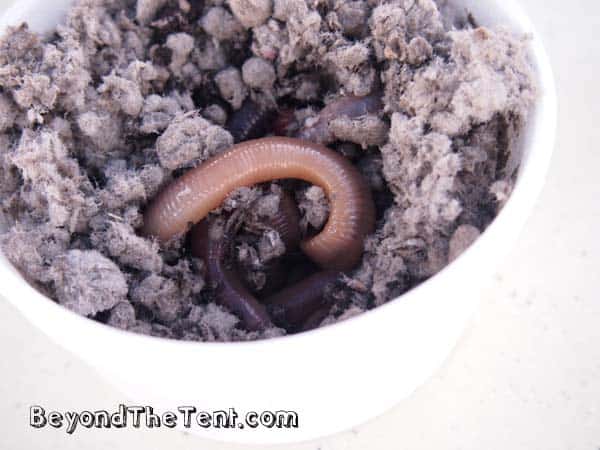 My  sister Anna caught the biggest one of the day as we were calling it quits. She even needed the net to bring the big boy into the boat!

He Broke Her Pole

Just as the boat full of men starting sneaking up behind us we took a photo of our catch from the day. We threw a lot of little guys back into the lake. Hopefully, we can get them next year once they are a little bigger!

Everyone back at the cabin was thrilled and surprised by what a great job us Chicks did that afternoon!

Look What the Poles Brought In!

I think the fishing poles from Cabela’s worked flawlessly and they were very easy to use (coming from a non-fisherperson). If you are looking for something simple to go out and catch a handful of good sized fish these entry level poles did the job good. I am sure to use the poles again next time on the lake.

I had no problem fishing and letting Ryan do the cleaning! I don’t mind hooking leeches and unhooking the fish, but there is no way I want to gut those fish!

Let the Man Take Over

I hope you had a great 4th of July Weekend, too. We are looking forward to frying some fish tonight!

I can't believe that fish broke her pole! hahaha. Its good to see some good looking ladies ACTUALLY putting leaches on the hooks themselves. I've never been to your blog here, I think I will subscribe because I love camping and this sort of thing. The idea is also brilliant with the name and such. IM JEALOUS if you can't tell. Did you women watch the man "clean" the fish at the end there? My wife gets sick from watching me clean fish haha!

Not only did I have to clean all of their fish, but I had to watch all the kids while they went fishing. Something is definitely not right...